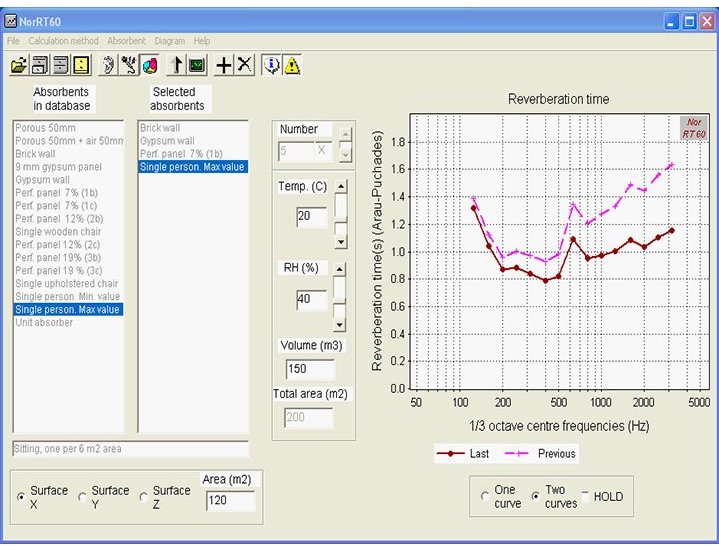 The reverberation time, i.e. information about the sound decay in a room, is an important parameter for acoustic design. Most national building codes contain requirements for this parameter. The NorRT60 software calculates reverberation time based on knowledge of the absorbing structures in the particular room, including air absorption. These data are either taken from a user database or calculated using the software NorFLAG. A verification of such calculations is normally performed by the use of a measurement system comprising a loudspeaker, a microphone, and a common measurement system produced by various instrument firms. Measured reverberation time may also be imported into the program by way of a Microsoft Excel file. The effect of adding new absorbers to the given room may then be investigated.

In NorRT60 the user chooses between three different methods, using the classical formulae of W.C. Sabine or C.F. Eyring, or another one by H. Arau-Puchades. For the method by Sabine only the total absorbing area and the room volume need to be known, whereas the Arau-Puchades formula demands specifications of the locations of all absorbents.

For more information, the NorRT60 manual shall be available.

Main changes from the version WinRT60 1.0 are: